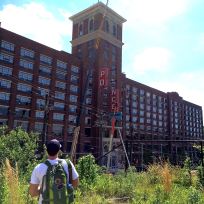 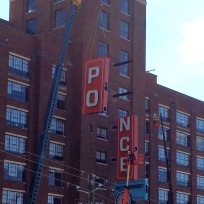 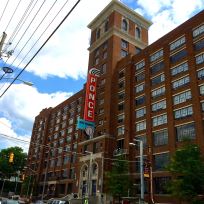 Voila — Monday across the street

(Click the pics above to enlarge; mouse over for captions.) 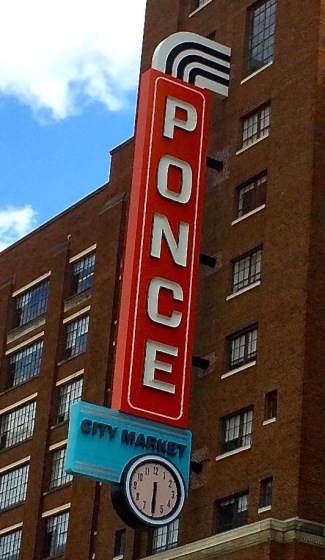 The sign for Ponce City Market went up Sunday, and Atlanta’s newest icon was met with spontaneous applause from onlookers on the BeltLine.

Seriously. People had stopped to watch the crews work and to take selfies and other pics. And when the last piece of the sign — with the ‘PO’ —  was attached, they clapped and cheered.

That’s a lot of goodwill no one can buy.

And I took it as a sign for the positive buzz about Ponce City Market, the old Sears building on Ponce de Leon Avenue that’s being famously renovated into new office, retail and restaurant space. It’s a centerpiece and symbol for positive urban renewal, and we have a lot of that going on here in Atlanta. People are proud about it — the BeltLine, too. And Krog Street Market and more.

I was out riding my bike when I came upon the scene Sunday. I stopped to take a few pics, which I shared on social media. Within 24 hours, my Facebook and Instagram feeds had plenty of examples from other folks, too.

On Monday, I walked around the site a bit, as office workers were taking a King of Pops break. PCM has drawn Twitter, Mail Chimp, athenahealth and, possibly, Google. Inside, the Food Court is shaping up for an opening around the end of summer. Some of the shops and restaurants coming soon include:

Binders and Dancing Goats coffee have been open for a while.

Here are some more shots from the ongoing development. Mouse over to read a caption, and click to make them bigger. (And here are photos from more than a year ago. It’s fun to see the progress.)

A different view along Glen Iris

A construction worker jogs up an entrance on the Ponce side. 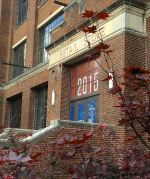 Some office tenants are already in; the retail and restaurants are coming soon. 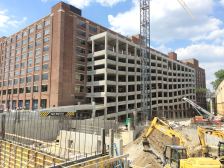 The parking deck and more work along North Avenue 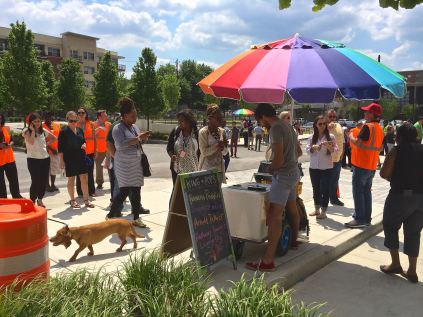 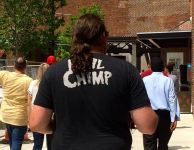 Mail Chimp is among the cool new tenants. 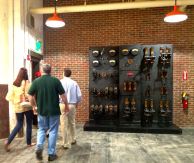 Getting back to work 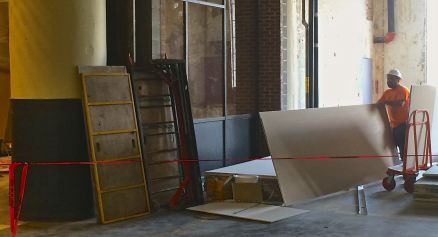 Some work is still being done. 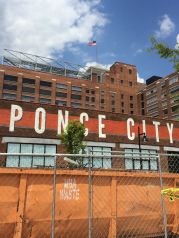 On the back side, more construction, another sign — and the U.S. flag flying on top 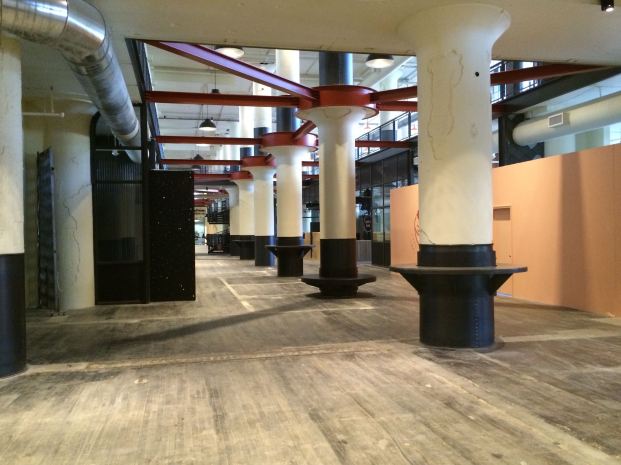 The main food court area is shaping up. 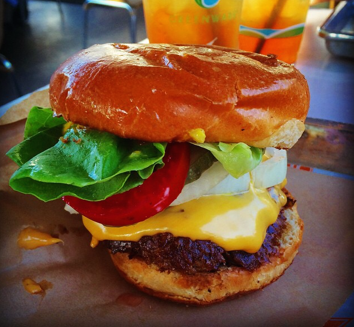 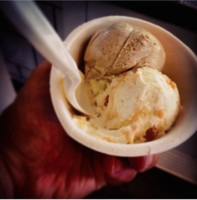 First a Yeah burger, then some Jeni’s. (Sometimes I skip the burger…) 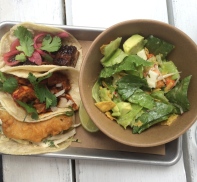 A light lunch at Bartaco

Scroll over a pic for caption; click to make it bigger. More pics below. 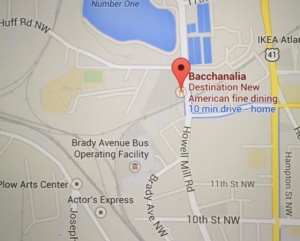 Like all great cities, Atlanta is a collection of great, distinct neighborhoods.

West Midtown (or Westside) has exploded over the last several years into one of the most vibrant and engaging around town. West of Midtown across the I-75/I-85 Connector is home to hundreds of new apartments, stylish boutiques, trendy restaurants and nightclubs, art galleries and performance venues. They populate the area around anchors like Atlantic Station, Ikea, Georgia Tech and the railroad tracks that don’t so much cut through the area as give it earthy character to balance all the fab renovations. 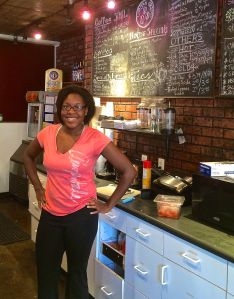 Plenty of coffee shops have popped up, including Urban Grind.

Some of my favorites spots in the city are there: Yeah! Burger; Jeni’s Ice Cream; Actor’s Express theater; Nebo digital marketing agency; West Egg eatery; Room & Board; Taqueria del Sol (except for that tiresome lunchtime line out the door); and all the old-school furniture and decor shops that were there even before the place got hot. More are in the photos below.

The neighborhood shows its richly funky roots, swapping sometimes on the same block — industrial/warehouse; and high-tech, with a college touch (Georgia Tech); and high-end/smartly offbeat. West Midtown rewards exploration, so get out of the car and walk around, off Marietta and Northside, and see what you can find.

And eat. And drink.

Atlanta or Southern California? Lunch at Bartaco. Scroll down for more pics.

Mouse over a pic for the caption. Click on a pic to make it bigger. 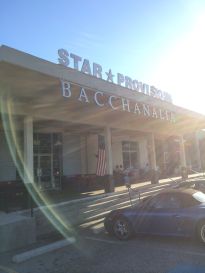 Bacchanalia has been rated as the city’s best restaurant for years. 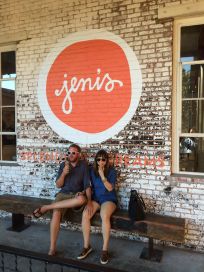 Also at the Star Provisions complex is my favorite place on earth, Jeni’s Ice Cream. 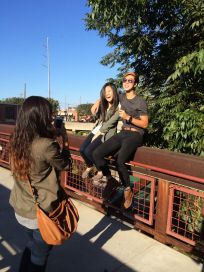 Snappin’ on the bridge over the railroad tracks

I dig this new apartment complex, at least the outside look. 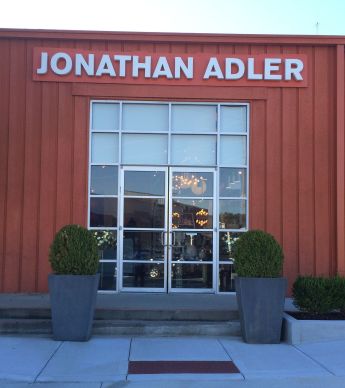 The area has lots of high-end retail shops, including a few with famous names. 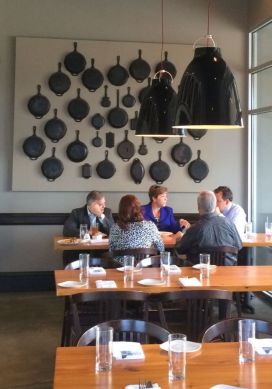 Miller Union restaurant made a splash when it opened a few years ago and draws a nice lunchtime crowd. 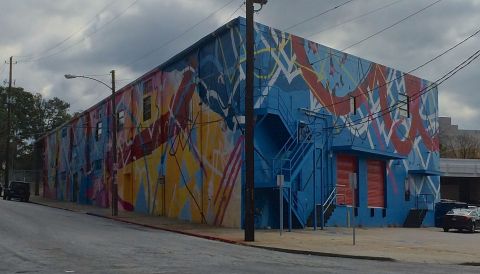 The Westside Cultural Arts Center opened about a year ago to display fine art and host community events.

Not a bad way to wait for the bus.

The Atlanta Humane Society is a mainstay.

Westside has plenty left of its industrial past mixed in with the new stuff.

I like this suit, and a lot more, at Tweeds shop for men. 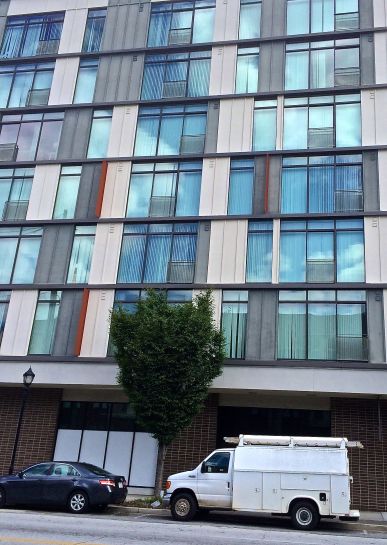 Lots of new apartments have sprouted up recently, a nice commingling with old lofts and refurbished warehouses. 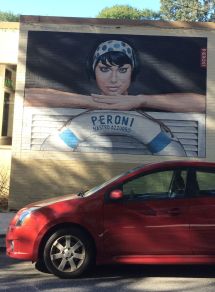 A little Little Italy has formed at Ethel Street and Hemphill Avenue. 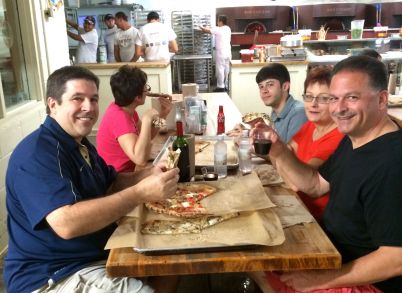 Fella on the left said he makes a point of always bringing out-of-town visitors to Antico Pizza.